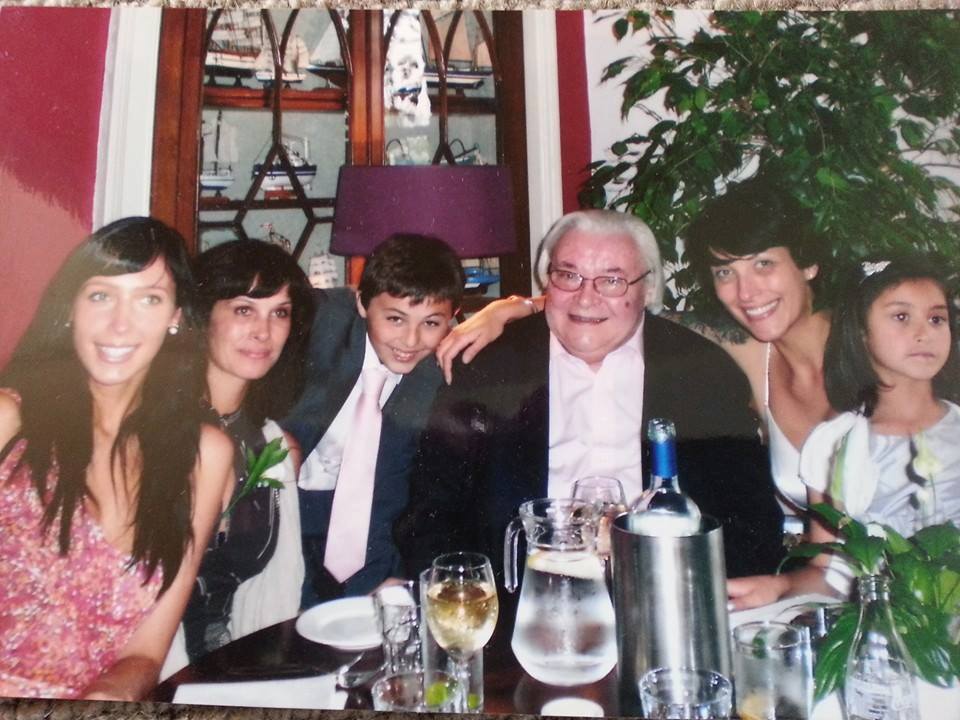 I was desperate for change. I had lost myself in a life that I thought I should have. My journey to Peru saved me. I found myself, remembered who I was, and I’ve never looked back.

My first impression of Peru was arriving in Lima, the cloud city, the locals call it. Even though it is on the Pacific Ocean, because of its geography, it doesn’t get that many sunny days. It was very dreary, and there were huge areas of slums amongst this big city. I was tired and I remember feeling very low, like the clouds covering the city and the roof line of the slums. The next day, I took my life in my hands and went aboard an old bucket of a plane, to go to Iquitos, a town you can only access via the air or via the river. It was the port for our speedboat that was to take us down the Amazon river to the indigenous village in the jungle. It was dusk, and there was a storm in the distance, as the Captain of the boat navigated the flotsam of the river (huge tree trunks) by shining a spot light in front of us and then travelling at great speed towards whatever he saw. We all had life jackets on, but I was so afraid we were going to crash, the drama of the occasion increased by the violent electrical storm we could see and hear up ahead. Fork lightening lit up the sky intermittently, and I kept thinking… OMG WHAT AM I DOING!

As I’m writing this today, you’ll guess that we did in fact arrive safely, I went straight to bed, hidden under a mosquito net, and listened to the dense sound of the jungle all around me. The humidity was immense, something I didn’t get used to. I was here to meet Mateo, the head Shaman of the area, he was going to work with me and on me and teach me a few things (apparently). Thing was, he didn’t speak English, only Quechuen and Spanish, but as it turned out, he also spoke ‘telepathy’, and although I didn’t know it at the time, so did I.

He said he couldn’t find me. I knew that, I couldn’t find me. So over a period of a few days he subjected me to physical manipulation (along the lines of Rolfing), each time causing a rush of heat and spontaneous tears. He allowed me to follow him as he worked with his people and I was included in village life, fishing for piranha, playing with the pet monkeys, dance, eating and learning about their folklore.

This story I remember most – there are fresh water dolphins in the Amazon, they are born black but turn pink in adulthood from eating the piranha. It is said that they have mated with the women of the village at different times in history, bringing power to to Shaman’s who live there and are born into that ancestral line. Although these dolphins are very rare, I was privileged to be accompanied by one, as I took fishing trip with Mateo. They are strange looking creatures that emerge from the muddy river and stare. It brought me a feeling of peace and I’ll never forget its gaze.

As I got settled, Mateo began to ready me for the Ayahuasca ceremony. I was to drink the tea made from ‘the dead man’s root’, a vine grown only in the Amazon forest, it is used in a shamanic ceremony, to bring truth of purpose to the awareness of the drinker. It also purges the body. I ate vegetarian food for 2 weeks, and then, all dressed in white (this is tradition in this village), I drank….. a great big cup of black gloopy tea….. nothing happened. NOTHING. I went to sleep for 8 hours, no dreams, no visions, no physical purge. 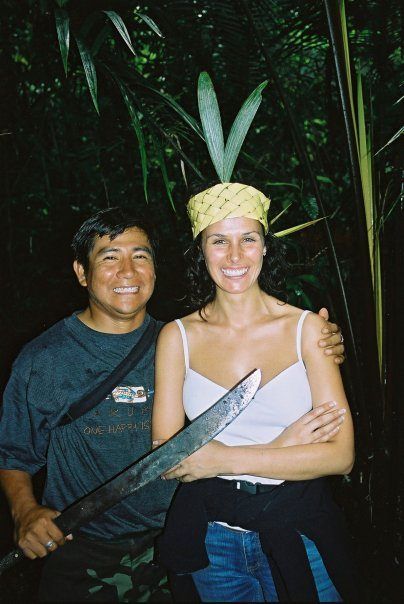 Mateo said he still couldn’t find me – he meant my spiritual life force, and that he had some more ‘work’ to do. That day, I bathed in herbs, had another manipulation, this one around my throat and neck and then again, I drank…… this time two great big cups of black gloopy tea.

Then, I entered the energy of my Soul. The one I’d sent away years ago, the one that can do anything I want to. I saw amazing things, and was given the truth of my purpose and my journey symbolically, gently. I was held in such love while my body detoxified itself. It was an amazing experience, the first of many. That night, though was different. That night, I saw who I could be, who I wanted to be, I felt joy in my existence and laughter in my heart and most of all gratitude for the experiences I had had so far, for I knew then they every single one had led me to this place.

I stayed in Peru for a while, visiting the Sacred Valley, Macchu Picchu, Lake Titicaca, Cuzco, and the High Andes. All of which memorable. I felt that I’d found home. In fact I had, but it wasn’t a destination or a place, it was inside me.

I came to an understanding for the first time in my life of total responsibility, that my inner world was more important than my outer world, that what I thought mattered, as it created the life around me and that I had huge personal power.From that day, I’ve kept these ‘truths’ in my heart and lived my life with that intention. I went to Peru feeling lost in my life and I came back awakened and here!